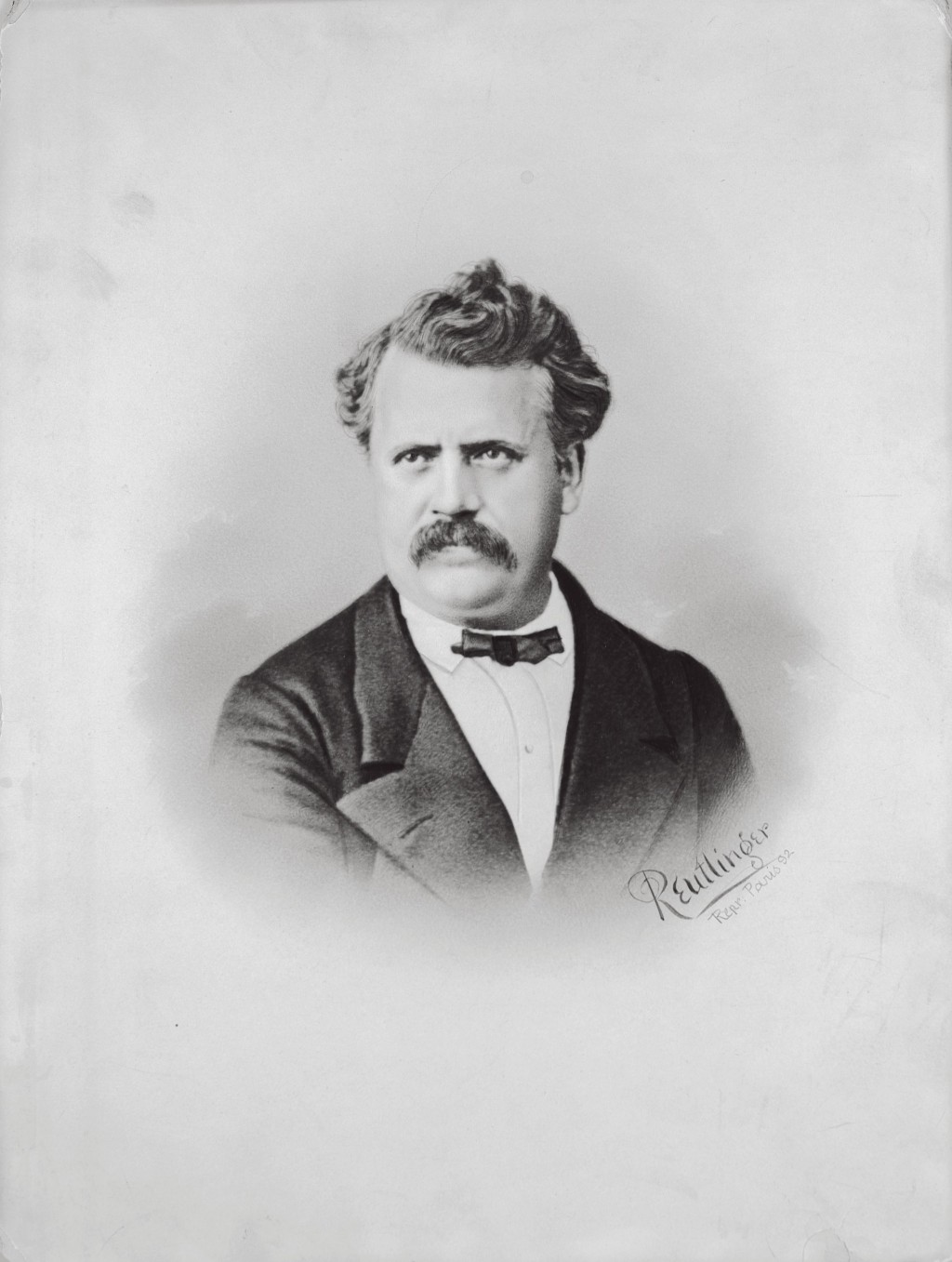 Louis Vuitton was born on August 4, 1821. Today, we celebrate Louis Vuitton’s birthday by looking back at his life and how he founded the most iconic luxury brand in the world.

1859 | Louis Vuitton moves his production workshop to Asnieres, on the banks of the Seine River, just west of Paris

1880 | Georges Vuitton becomes co-director of the Maison with Louis

Born on August 4, 1821, in Anchay, a small village in eastern France’s mountainous, heavily wooded Jura region. His father, Xavier Vuitton, was a farmer, and his mother, Coronne Gaillard, was a milliner (hat maker). At the age of 13, Vuitton left home for Paris. The 292-mile journey took him two years on foot with stops to carry out odd jobs to support himself along the way.

How Louis Vuitton got into trunk-making

In 19th-century Europe, box-making and packing for the wealthy was a highly respectable job. Upon arrival in Paris in 1837, Vuitton was taken on as an apprentice in the workshop of a successful box-maker and packer named Monsieur Marechal.

For seventeen years, Louis Vuitton immersed himself in all the details of packing cases, delivery logistics, and special customer requests. He spent time create cases cut to size using poplar wood and trimmed with oiled canvas, straw and canvas, and waxed canvas. This experience helped him learn all about box making and packing, which laid the foundation for his eventual empire.

In 1853, Vuitton was appointed the personal box-maker and packer of the Empress of France, Empress Eugenie de Montijo – the wife of Napoleon Bonaparte. The Empress charged Vuitton with beautifully packaging her clothes for transportation between the Tuileries Palace, the Château de Saint-Cloud and various seaside resorts. The position opened the doors to a new class of elite and royal clientele.

By 1854, at 33, Vuitton married 17-year-old Clemence-Emilie Parriaux and left Marcehal’s shop to open his own box-making and packing workshop in Paris. The sign outside read: “Securely packs the most fragile objects. Specializing in packing fashions”.

He recognized a need for flat trunks which could go in the cargo hold of ships or on luggage racks of trains without getting damaged. Four years later, in 1858, Vuitton introduced stackable rectangular shaped trunks. Vuitton created his trunks in grey Trianon canvas instead of leather, which gave them the advantage of being hard-wearing and waterproof.

Demand for the innovative and convenient trunk for train travel was so high that Vuitton had to expand into a larger workshop outside of Paris in the small town of Asnieres, which still operates today. Just northeast of the center of Paris, the Asnieres workshop started with 20 employees in 1859. By 1900, there were nearly 100 people and by 1914 there were 225.

Unfortunately, in 1870, the outbreak of the Franco-Prussian war led to the destruction and looting of Louis Vuitton’s workspace in Asnières. Vuitton rebuilt a new shop in the ritzy 1, Rue Scribe. With this new store in its aristocratic location came a new focus on luxury luggage.

In the courtyard of the Asnières workshops, around 1888, Louis, Georges and Gaston L. Vuitton (sitting on a bed trunk)

To protect against the duplication of his look, Vuitton changed the Trianon design to a beige and brown stripes design in 1876.

Soon thereafter, due to the continuing imitation of his look, in 1888, Vuitton created the Damier Canvas pattern, which bore a logo that reads “marque L. Vuitton déposée”, which translates into “L. Vuitton registered trademark”.

Vuitton continued to work until his death at the age of 72 on February 27, 1892. He left control of the company to his son, Georges Vuitton.

It’s pretty obvious that Louis Vuitton left an incredible legacy. After Louis Vuitton’s death in 1892, his son George took over the reins of the company. In 1896, the company launched the signature LV Monogram Canvas and filed worldwide patents on it…you know the rest. Patrick Louis Vuitton is one of his last living heirs, who is a fifth-generation descendant of the founding family.

Happy birthday, Louis Vuitton. Thank you for your contributions. 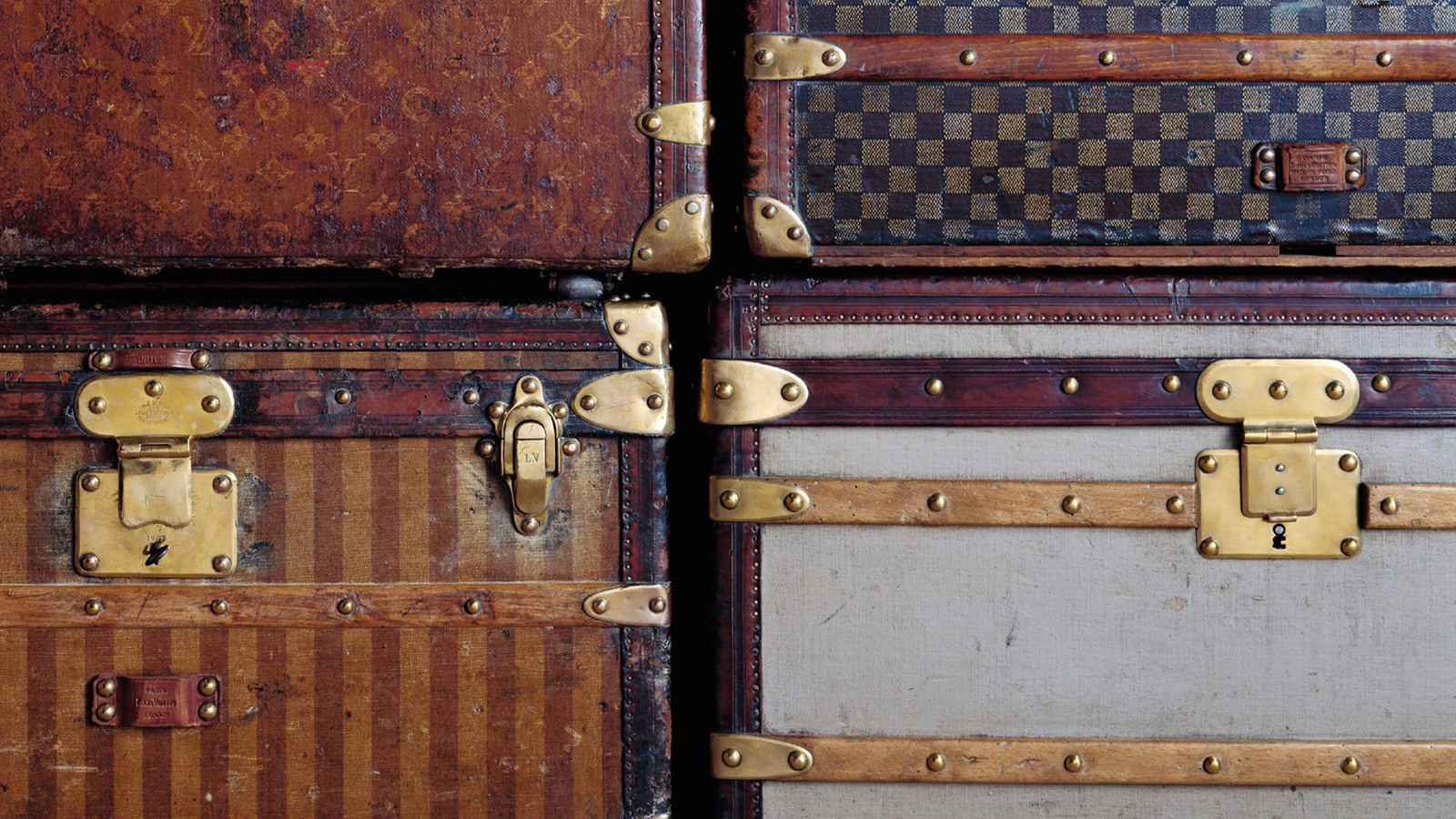 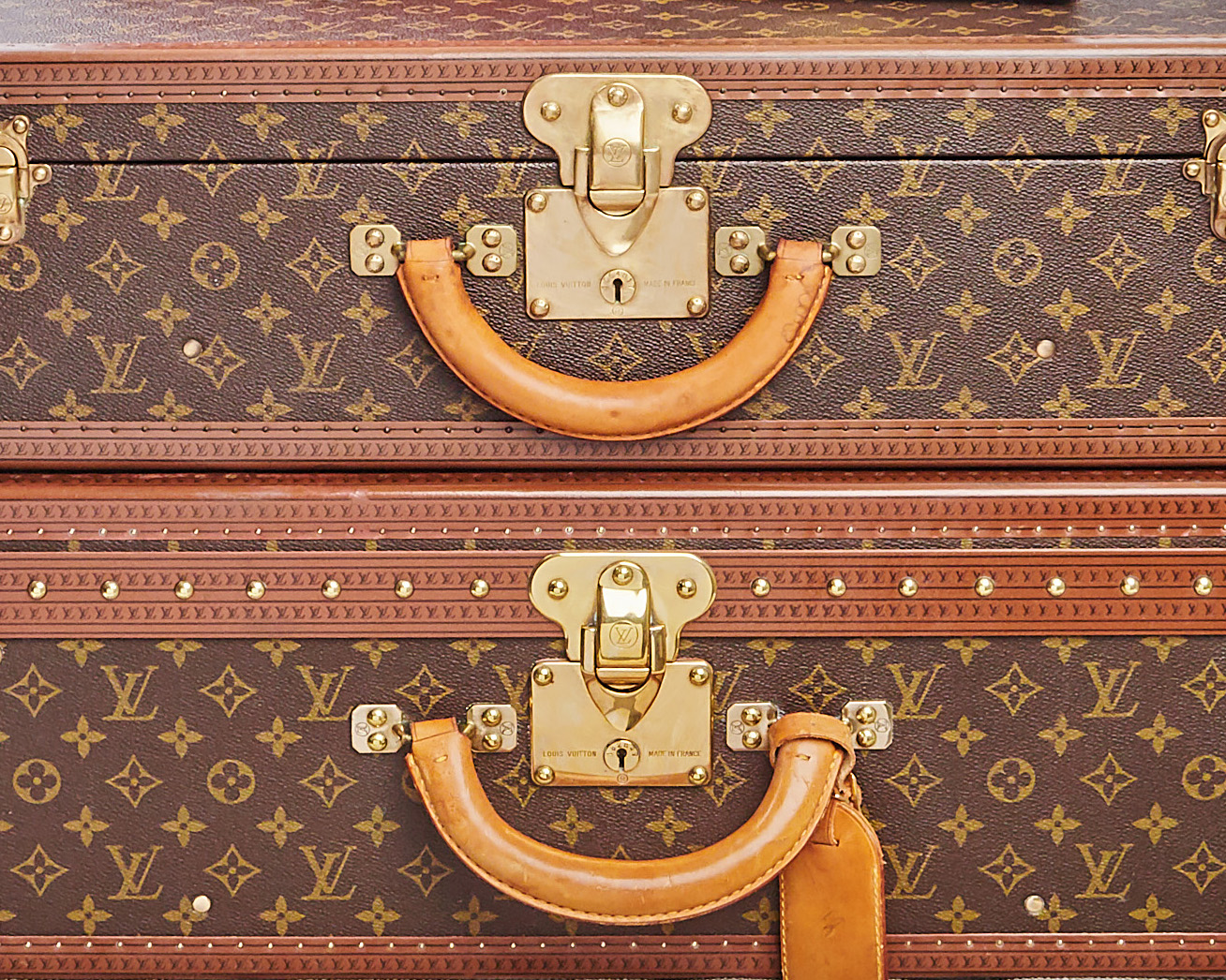