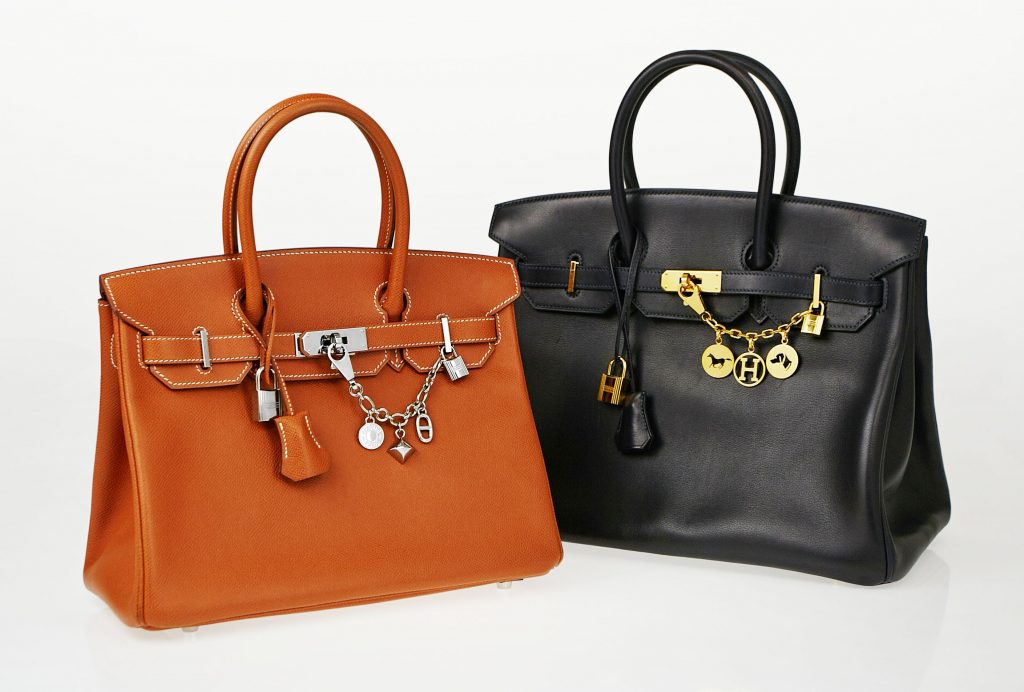 The Hermes Birkin is the most sought after, impossible to find and collectible bag ever made. The standard Birkin design we know now and love was created jointly between Hermes CEO Jean-Louis Dumas and the actress Jane Birkin. Jane complained that her Kelly bag was not very practical and Jean-Louis Dumas suggested he come to their workshop and make her a custom bag. Jane’s Birkin bag was modified from an existing Hermes design, the Haut À Courroies (more on that later) to be shorter and smaller, but with handles for toting over the arm. Jane Birkin was gifted the first 40cm Birkin bag in 1984, and the rest is history.